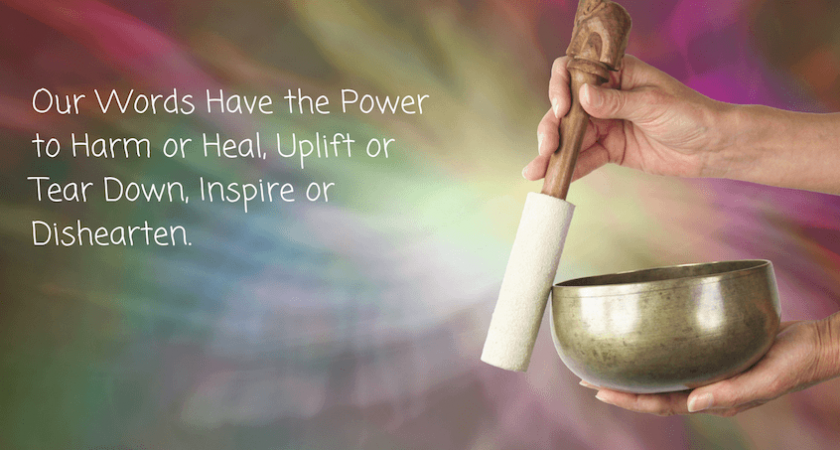 Several years ago I had a friend that told me about this intuitive Healer she worked with in Colorado. Whenever something was troubling her, a sore knee, a strained shoulder, without fail he healed her.

It seemed odd that she would travel from California to Colorado every time she got sick but she didn’t need to – because he did his work over the phone.

Although I was skeptical I also knew she wasn’t lying – she didn’t keep calling him because it wasn’t working.

So a few summers ago while I was experiencing really painful tendonitis in both of my arms, she kept telling me to call him, she was convinced he could relieve my pain. So eventually I made an appointment.

My first impression was that he was a kind and caring man, with a gentle voice that immediately put me at ease.

He asked me to close my eyes and breathe naturally as he scanned my body. Softly he would tell me what part of my body he was seeing and where the blockages were. He’d stop there and send healing energy.

I did my best to be as open-minded as I could, even though my prefrontal cortex kept whispering, “this is ridiculous.”

At the end of our session, he asked if I could feel any difference. I wasn’t really sure and not wanting to offend him I said, yes.

But then later that day I went back to the ice packs and ibuprofen. It hadn’t changed anything.

Maybe this guy had healing powers, maybe he didn’t. But I think I can give a reasonable explanation for how he healed and why it worked on my friend but not me.

Historically we’ve used the placebo as a benchmark to determine whether a drug goes to market or not.

While everyone was so focused on the efficacy of the drug, no one stopped to ask but why is a sugar pill giving us positive results at all? Until recently.

One of the studies that really caught placebo researchers attention was in arthroscopic knee surgery for osteoarthritis patients. Yes, placebo surgery!

While it was a little bit more challenging to administer the placebo, they did everything they could to make the entire experience seem genuine, including being knocked out with anesthesia and rolled into a surgery room where the surgeon and nurses pretended to do surgery (in case the patient wasn’t fully out). But for the placebo group, the only thing that was done was a small incision – no invasion.

The results for the placebo group were the same as for those that had surgery.

Patients that got the placebo surgery were able to walk again with less pain. Two years later the placebo patients were still enjoying walking greater distances than they had in years.

This next study started out as a normal placebo experiment where patients were given a rash and then given a placebo cream to resolve the rash. They got the typical placebo response – in many individuals it worked.

But then they went a step further to see if they could change the results even more.

In one group the doctor presenting the treatment was warm and caring. They looked the patient in the eye, asked them where they were from, and seemed genuinely interested in them.

In the other group, the doctor was cold, distant and clumsy. When asking the patients questions they looked at a computer screen as they typed in the answers.

Remember the placebo cream already had a positive effect but the effectiveness went up even more when administered by the kind and caring doctor and went down for patients treated with the cold, uncaring and seemingly incompetent doctor.

Not only can we get our bodies to respond to a non-medicinal cream but if shown that you care, our bodies will respond even more.

The Dark Side of the Placebo Effect

In 1974, Sam Londe was diagnosed with esophageal cancer. Back then the prognosis was 100% fatal and that’s what he was told.

A few weeks later he died.

But when they did the autopsy Sam had very little cancer in his body – two tiny nodes in the liver and one in his lungs.

The conclusion of the autopsy is that he did not die from cancer.

But believing he had a form of life-threatening cancer was enough for his body to respond as though he did.

We can even get real side effects from a placebo. In a group of cancer patients that were given placebo chemotherapy, 30% had their hair fall out. Because they thought they had the real treatment their body responded with real side effects.

While we still don’t know how the placebo really works, we are better understanding what it needs to work and how we can make it more effective, simply by showing the patient that we care.

What I’ve taken away from the research so far, is just how important our words are. And the way we speak to people: acknowledging them, looking them in the eye, having concern for them. I don’t think this should be limited to those in the healing profession, we all speak to other people which means we have the opportunity to heal or harm with our words and our attention.

Our Words Can be Weapons or Blessings

We know if you told a child they were a bad kid, stupid and would grow up to be nothing, said enough times that child would believe it.

Likewise, if you told a child they were good, smart and could do amazing things with their lives, they’d grow up to believe that and their lives would be very different.

As adults, we are no different. We believe what other people say all the time. We also believe what we say to ourselves.

And yet, most of the time we aren’t even aware of what’s coming out of our mouths, creating a lot of harm for ourselves and others.

If we truly understood the power our words have we might be more careful with what we say.

This is why having the intention of only speaking words that are kind is so beneficial to us.

Just having the intention saves us a lot of worries. Because when we have the inevitable verbal misstep we fall back on our intention and remember that wasn’t what we meant to do. So we can apologize more quickly or clarify if that’s what is needed. We can forgive ourselves for making a mistake because we know if we don’t the words coming after that will cause even more harm – usually to ourselves.

Setting the intention for kind speech should be a daily ritual. We speak so much of the time. We need to stay ahead of it.

And if our intention really is speech that is kind then it also means we are refraining from lying, gossiping and talking harshly about other people. That kind of talk is toxic to our wellness and peace of mind – and those around us. There are two sides to our speech, promoting kind speech and abandoning harsh and harmful speech.

At first glance watching our speech may seem like a small thing – but given how often our mouths are open, it’s actually a huge step towards peace and wellness.