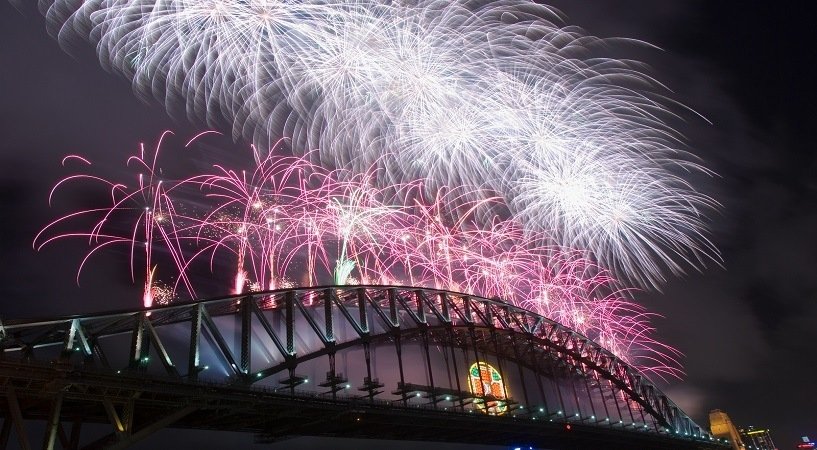 Everyone’s made their New Year’s Resolutions and unfortunately most have already failed.

Eat, Drink and Be Merry

During the holidays we are going to lots of parties, eating and drinking too much and spending way more money than we should.

Most people will then say to themselves, “starting Jan 1, I’m going on a diet,” or “I’ll reduce my alcohol intake or start a budget.”

In the moment you say that, you’ve just given yourself a license to eat, drink and spend as much as you want – because come January 1, everything is going to change.

It makes you feel good NOW to say in the future you’re going to change.  And of course it feels good – you still get to indulge because everything’s going to be drastically different in just a few short weeks.

You have this idea that your future self is going to have more will-power than your present self.

But you don’t do anything to make it easier for future self to be able to stick to the new game plan.

You’re not changing any habits now – in fact, you’re doing just the opposite – taking in as much or spending as much as you can!  Because it’s all going to change soon.

Future me has all the will-power in the world, right?

Do you think it’s going to be any easier to give up cookies after eating them every day for a month?

Or change your spending habits on a dime?

We are completely unrealistic when it comes to what it takes to make change.

What you’ve got to remember is every time you grabbed a cookie, or went shopping – you got a little high from it.

Yes, you got a little hit of dopamine and that makes you feel good.

We have dopamine receptors all over our brain and the effect of dopamine is different depending on where it is released.

I’m talking specfically about one dopamine pathway – the mesolimbic pathway.  In this way dopamine works as motivation, pleasure and attention.

Think of the last time you really wanted something – you were highly motivated to get the reward, laser focused on how you were going to get it and it felt good – in fact, you felt great.

Just to put this in perspective, doing cocaine and other amphetamines really increases dopamine in the brain to a HUGE degree.  This is why it feels so awful when the drugs wear off – when that dopamine decreases it feels terrible.

So you’ve spent the whole month of December on a dopamine high.

Now it’s the New Year and you’ve given up your dopamine inducing habit – but that’s OK because now you’re future self – with tons of willpower and discipline.

Except your still present self, with the same problems and stresses you’ve always had; just with less dopamine.

It’s not just that change is hard, it also makes us feel bad and this creates a vicious cycle (a lack of dopamine is often associated with a lack of energy and focus, and depression).

When you’re feeling bad, you go for what you know will make you feel better; back to the drink, food, shopping, gambling – whatever it is that you do to get your fix.

When you’re feeling a bit down, your prefrontal cortex (PFC) the part of your brain responsible for will-power and long-term planning becomes less active (this is why you shouldn’t rely on will-power alone).

So the emotional part of your brain perks up loud and clear – get me something to make me feel better – NOW!!!

As soon as the thought crosses your mind – maybe I should go get a drink or a donut (whatever your fix is) – your brain also starts releasing dopamine.

A weak PFC is no match for dopamine – you reach for that donut or drink, without a second’s thought to that New Year’s Resolution.

How to make change that lasts

When you want to make change in your life, it’s usually best to do it slowly – if you really want it to stick.

Whether it is to lose weight, quit smoking, work harder, reduce your alcohol intake, save money, be more charitable, be a better friend, a better spouse, worry less, be kinder – what I’m ruling out here is alcohol, drug and sex addictions – some of these tips apply but with a main difference of having to immediately take out the addiction.

Let’s say you want to lose weight (the most common New Year’s Resolution year in and year out!).

Start by just eating a healthy breakfast and exercise for 20 minutes every other day the first week.

The second week add on a healthy lunch and increase your exercise to 30 minutes.

The main reason for doing it slowly is so you don’t blow the whole goal on one donut and for your dopamine levels to not be drastically cut off the first day.

In any kind of change you want to make – you have to think about how you are going to replace the addictive behaviors dopamine release with a healthier way to get your dopamine.

Remember dopamine is motivation and reward – you are not going to be motivated to stick to any plan without some dopamine on board.

Dopamine loves novelty so mix it up – if you hike, change up your locations, mix up the types of yoga you practice and vary your cardio.

Each foods rich in tyrosine – the precursor to dopamine.  Bananas, avocados, almonds, yoghurt and protein especially chicken and turkey.

Lastly, break up long-term goals into shorter-term goals to allow the dopamine to keep flowing from one goal to the next – before you know it that long-term goal is done – and you’ve been rewarded the whole way.

The bottom line is, we make change so much harder than it has to be by creating unrealistic plans that end up in failure more than success.

Why not try a different method that may end up getting you where you want to be – happy!