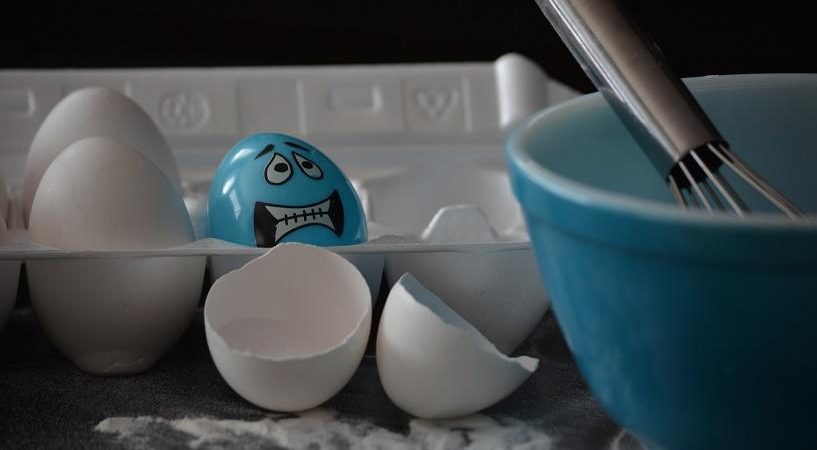 What’s holding you back?

Is there anything, no matter how small or big, that you’d like to do or change?  Whether you want to start a new business, leave your job, find a new relationship or just make some changes to have more balance in your life.

Whatever it is you might want to do, what’s holding you back?

It’s not a lack of money, willpower or too much to do, even though you might use those as excuses.

It all boils down to fear.

Fear is a powerful DE-motivator.  It stops us dead in our tracks!

We live with a great deal of “fear of change” even though sometimes that’s what we desperately want.

When you want to make change – whether it’s a small change or a big one – of course, you want to look at all the risks to assess whether or not it is worth it.   But because fear is such a powerful emotion it can easily take over and cause you to just say, “forget it, it’s not worth it,” when maybe it really is.

In your brain, when you are experiencing fear, your amygdala, the part of your brain responsible for ringing the alarm bell, is active – this puts you in avoidance mode.  And from a survival perspective this makes sense.  See a bear or a snake you want to avoid it!

However, your amygdala doesn’t know the difference between a real threat and a perceived threat.

No one’s going to kill me if I make a mistake – even though my amygdala might perk up at the thought of it.  If I write a blog post and someone leaves a mean comment that won’t kill me either.  If someone unfriends me on Facebook – I will survive!

But we act as though all these things will kill us and too often this stops us from doing what we really want to do with our lives.

In Bonnie Ware’s book, “The Top 5 Regrets of the Dying,” she cites the #1 regret of the dying as, “I wish I’d had the courage to live a life true to myself, not the life others expected of me.”  Bonnie is a Palliative Care Nurse – she has spent her life helping those in their last days on this earth.

There is a lot of good advice to take from people on their death beds – they’ve got nothing to lose at this point!  And what they are telling us is they wished they’d overcome their fears and took some risks to live the life they wanted to.

Fear does keep us from doing stupid things and that’s good!  But too often we let rational fears turn into irrational worrying about all the things that could go wrong – causing us to go into avoidance mode.

In a University of Cincinnati study they found that 85% of the stuff we worry about NEVER HAPPENS!  And in that 15% that do come true 80% of respondents said they handled it much better than they thought they would.

When we let fear take us over and turn it into worrying – it’s just not based in reality.  And even when it does come true, we are far better equipped to handle adverse situations than we think we are.

Those statistics are telling us that our irrational fears, our worries of all the “what if” scenarios, just don’t come true that often.  Our imagination is far more fantasy than reality!

There is absolutely no reason you can’t do or be almost anything you want to!

And the very first step is to acknowledge that you will experience fear and KNOW that fear will try to hold you back.  You have to come to terms with this otherwise the first obstacle you face will cause you to throw in the towel.

This is how you become resilient.  Knowing that fear comes with change.

This doesn’t mean you ignore fear either.  Sometimes it is trying to point something useful out!

When fear arises – look at it dead on. What can you learn from it?

I’ll use my own example with starting a business.  If fear arises, I don’t run away from it – I’ll sit with it.  What is it pointing out?

Maybe it’s the fear of failure.  Sometimes that can be a good motivator to do something.  So I can turn that into action instead of avoidance and reduce that risk.

But if I’m doing everything I can then the fear is just a thought I’ve let get out of control, I can let it go.

Letting go of worrying thoughts is not easy – I get that – it takes practice.   Specifically a meditation and mindfulness practice!

What’s the risk – hanging on to your fear and worries causing you to not live the life you want?

Remember 85% of the things we worry about never happen!

With those odds – what is it you really want to do?