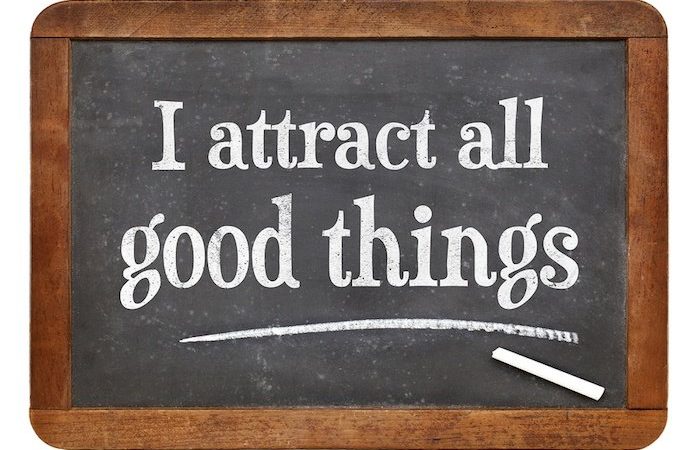 One morning after teaching my Sunday meditation class a student came up and asked me if I thought affirmations worked.

I paused for a moment, and then asked her for a little more detail.  “Like what kind of affirmations?” I asked.   “What are you telling yourself?”

So why would you tell yourself that?”

I have nothing against her goal, it’s great, we all need to have a certain amount of financial security.

But what she was telling herself was a lie.

One minute you tell yourself you’re worth $1,000,000 and the next you’re applying for another credit card because you’ve maxed out all the others!

The Diminishing Returns Of Affirmations

I can remember a long, long time ago buying a book on affirmations and thinking to myself how great this was going to be.  All I have to do is tell myself that I already have what I want and somehow it is magically going to happen.

So I sat down, figured out what it was that I really wanted and then proceeded to write it down on little sticky notes and put them everywhere – so I wouldn’t forget to say it. You have to say it or it won’t come true.

The first few hours I joyfully said the affirmation to myself, really willing myself to believe it.  I was so confident this was going to work – I had a lot of hope.

As the days swept by my enthusiasm started to wane.

My usual stress and anxieties started taking over.

Weakly I’d repeat the affirmation, but ultimately my negative thought habits crushed my affirmations, leaving me feeling like a fool for believing them in the first place.

It’s just too easy to pull apart a lie.

There Should Be Some Truth In It

If you’re unemployed, flat broke and living in your car – don’t tell yourself you’re successful.

Can you imagine sitting in your car, in this worst case scenario and conjuring up the strength to repeat the words, “I’m successful” or “I’m worth $10,000,000” and believe it?

I think the glaring disparity would bring me to tears!

Here’s the irony about affirmations.

Your brain will believe whatever you tell it.

It’s fine to say these things when everything’s going well – but try mustering up the strength to say this when things start going against you (as they inevitably do).

Why We Believe Things We Know Don’t Work

We like the idea behind affirmations because we are always looking for the shortcut.

I’m not calling you lazy – I’m calling your brain lazy. Your brain will always opt for whatever path takes the least amount of energy.

When you hear for the very first time that you could have everything you ever wanted by just saying to yourself that you already have it – your brain’s motivation reward system lights up.

Almost zero risk with the prospect of a big reward?

So we temporarily suspend our rational thoughts to indulge in a delusional fantasy – where we become I Dream of Jeannie – cross your arms, say it and it will come true!

But there are real risks.

In the documentary Kumare there is a real-life couple that TEACHES Law of Attraction that are having their home foreclosed on in the middle of filming! Is that what they were trying to attract?

There will always be someone trying to sell you some shortcut: crystals, energy stones, healing beads, astrology charts, psychic readings, Law of Attraction, Affirmations…  And there is that little part in each of us that wants to believe it’s true. I did. I think I’ve done every one of these.

The problem is that these things don’t work.

A Little Tweak – And We’ve Got Something That Works

In the study, “Self-Talk as a Regulatory Mechanism: How You Do It Matters,” researchers from the University of Michigan argue that it is how you talk to yourself that matters most.

So let’s go back to the living in your car scenario for a minute.

Imagine instead of trying to delude yourself into believing your successful while camped out in the Wal-Mart parking lot you say something like, “you’re going to get through this, many people have lived in their cars and then gone on to be really successful, you’re smart, you’re resilient, Meredith you can do this!”

That is the kind of self-talk that could get my butt in gear. Make me feel like I really can do this.

Instead of feeling sorry for myself as I see my life play out in a Wal-Mart parking lot, I’m Bridget Jones tossing out all the old Vodka bottles and chocolate wrappers and getting on the bike!

I’m inspired, energized and motivated – all of the qualities I need to deal with this tragic turn of events. And everything I’m saying to myself is true!

Start building this “brain hack” into your goal setting.

You know you’re going to have set-backs and challenges in life – most of us are challenged by 9am!

Instead of fooling yourself into believing that it’s all smooth sailing, be reasonable and be prepared for when those obstacles arise.  Plan for how you’re going to talk yourself through it – in ways that work!

This is one of the easiest, most simple things you can do to turn a bad situation around fast.