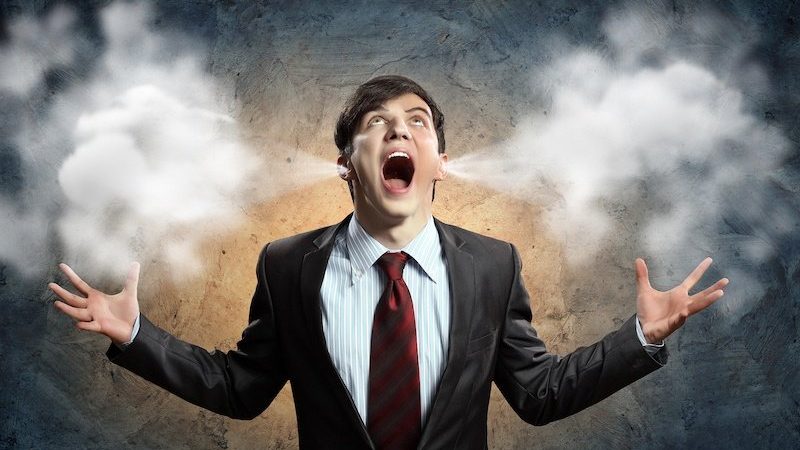 How Do We Get Seduced by Anger?

There’s really not a lot of benefit to us when we get angry.  Even less when you think about where our anger can be directed sometimes.   Like when the computer freezes up, a web page takes too long to load, the traffic light turns red (or worse, isn’t working at all!).  Do you think they care?

We get angry for petty reasons too.  The cleaning woman didn’t fold the towels in just the right way.  The waiter put my dressing on the salad even though I asked for it on the side!  The line was so long at the grocery store, I had to wait for 15 minutes!

What happens when we get angry is we automatically jump into the role of prosecutor and repeat the same arguments over and over.  At the core of every argument is, “they are wrong and I am right.”

That’s how anger lures us in, we get seduced by the thought that we are right and the object of our anger is wrong.

We like being right, there’s almost a self-righteous kind of quality to it.  So we get sucked in by the thought of being right and don’t even realize it when the anger completely takes us over.

Get It Out Of Your System

The other day I was scrolling through my Facebook feed and I came upon a post that really offended me.

It took every ounce of willpower I had not to write a comment that would surely have caused some damage to my friendship with this person.  Even though I refrained, I was still angry.

So I did the next best thing.  I called a friend and I got it out of my system.  And what a good friend she was, not only did she listen, she agreed with me. 🙂

If we call a friend with the intent of “getting it out of our system,” then it’s skillful, as long as we let that be the end of it.

What’s not helpful is to keep fueling the anger by running around telling people what happened or repeating the story over and over in your head with all the ways in which you want to retaliate.  That will only keep the anger alive and then you might get so angry you end up acting out one of those scenarios.

Any action that comes out of anger will end up causing more harm than good.  Even though in that moment you are convinced it makes sense, I promise you, you’ll regret it.  We are completely irrational when we are angry.

I know, my dear reader, that you are always right (you can tell a lot about a person by the type of blogs they read).  But be careful of how seductive this need to be right is and how it can suck you in and cause you hours, if not days of relentless self-torture.

Learn to let go of the piece of hot coal, by letting go of the story that you are right.  You’re the only one it’s burning.