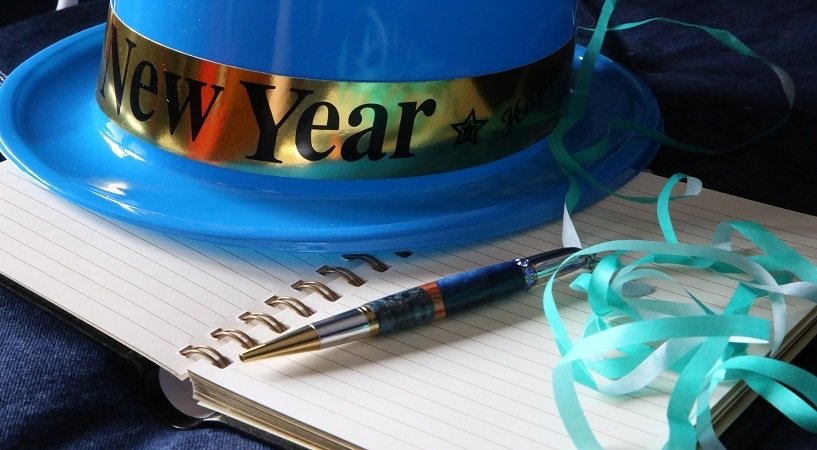 12/28/2017 | 2 Comments
It’s that time of year when we start thinking about the new year and what we want to accomplish in 2018. Or maybe what we want to change?
Along with billions of other people on the planet, we make a New Year’s Resolution.
Maybe it’s to give up sugar, eat more vegetables, quit smoking, exercise more, reduce your alcohol intake, cut back on spending, meditate (more often), get a promotion, find more balance in your life…
It feels good to make New Year’s Resolutions – particularly in light of the recent overindulging.
So come January 1st, things are going to change!
But let’s make sure your plan is going to work.
Because even though your intention for change is noble – it’s still fraught with problems – specifically two.
The first is that you have this belief that your future self is going to have more willpower, discipline, and energy than your present self.
If you’d like to meet your future self, go to the bathroom look in the mirror and say hello to your future self. Notice any similarities? Same amount of willpower, discipline, and energy?This is who you’re going to find on January 1st.
The second problem (and this is intricately related to the first one) is that we underestimate how much we’ll get stressed in the future. We always have this idea that our future self will handle problems, deadlines, conflict, and disappointment better than our present self does and so stress won’t really be a problem.
But it is a problem. A big one!
Because when you get stressed your prefrontal cortex (PFC) effectively gets shut down.
Your PFC is responsible for willpower, reasoning, managing your emotions, weighing up the consequences of your behavior and rational thought (to name just a few of its high-level executive functions).
And it’s incredibly weak.
Drink too much alcohol – goodbye PFC (I did WHAT last night???)
Don’t get enough sleep – goodbye PFC.
Stressed out – goodbye PFC.
It’s the first part of your brain to go down in a crisis.
And guess who’s left in charge?
Your very short-sighted amygdala. Neuroscientists call this an amygdala hijack – where essentially your caveman’s brain is in charge.
See cookie, want, get.
See shiny new object, want, get.Forget the consequences, amygdala want now.

Your PFC acts as parental supervision for your amygdala. But if it’s shut down the amygdala does whatever it wants.
Imagine trying to convince a toddler to put the cookie down because of the longer-term risk of diabetes? Do you think a 3-year old cares about diabetes, weight gain or that high school reunion next month? Not in the slightest, she wants the cookie and she wants it now!
You can also think of the amygdala as focused on short-term needs and wants and the PFC seeing the bigger picture of longer-term goals and having the discipline to stay the course.
So when you’re stressed, angry or upset and you are trying to give up sugar, like the 3-year old, if a cookie is in front of you, within 5 seconds it will be in your mouth.
Because the amygdala is so stealth it works at the subconscious level. We don’t even realize we’re doing it.
You wanted to exercise after work, but after a long stressful day you’re too tired to go to the gym so instead, you wander into the nearest bar or crash on the sofa watching TV.
You wanted to eat more healthy food but you’re so drained after being in meetings all day and putting out fires you simply don’t have the energy to prepare a healthy meal. As you drive home, you have no energy left to fight the urge to pull into the drive-thru lane at McDonald’s – you just need something now.
The point?
You need your PFC to help change your behavior. Without it, even your best plans will go up in smoke.
The other point?
Your future self gets stressed just as easily as your present self unless you do something to change that.
So if you’re serious about wanting to make some changes in your life, then start by strengthening your prefrontal cortex with THE best brain exercise – meditation.
In as little as 8-weeks meditation measurably increases the thickness of your prefrontal cortex (see image below from a Harvard study published in January 2011).
This is why meditation has a multiplier effect leading to other good habits and behaviors. Suddenly your future self does have more willpower, discipline, and energy.
By making this one positive change it spreads like wildfire into other areas of your life, helping you to make lots of positive changes.
Wishing you the best of luck with your 2018 New Year Goals! 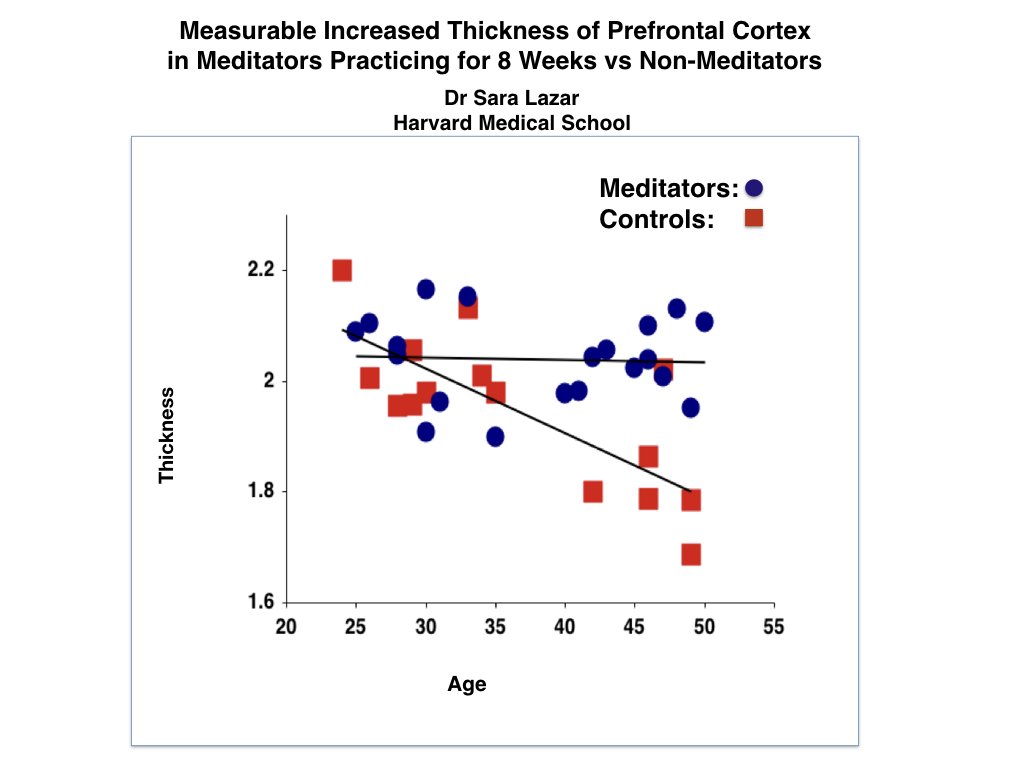