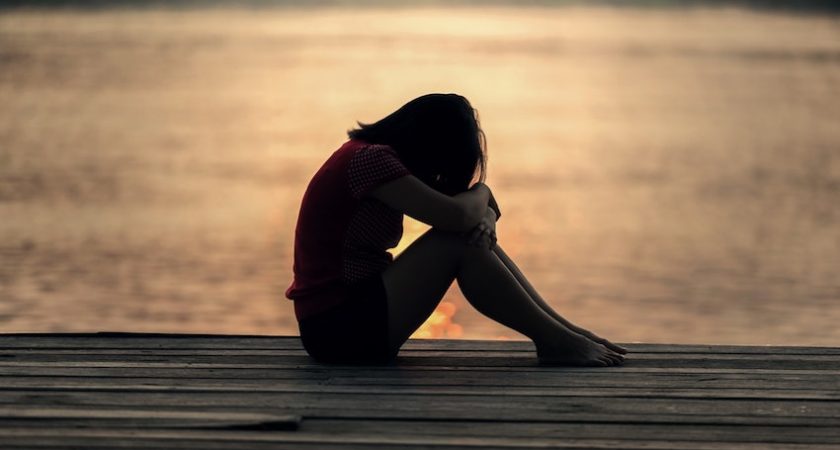 Is thinking making your life better?

Eckhart Tolle suffered from depression for most of his adult life. One evening as he berated himself for being such a loser and lamenting why his life was meaningless, the pain became so intense he cried out, “I can’t live with myself anymore.” Followed by, “who is the ‘I’ that can no longer live with itself*?”

With that one question, in the midst of his torment, he had a massive transformation.

The next morning he woke up feeling deeply at peace. He had no framework for understanding what had happened only that he felt a deep sense of peace that he’d never experienced before and it didn’t go away.

Most of us would love to have this kind of sudden shift in consciousness. But few of us would raise our hands to endure the kind of suffering that might allow such a change to take place.

The thing is we already have enough pain, we don’t have to ask for it. But we’re not willing to be with it, we find endless ways of distracting ourselves, ignoring it, dulling it – anything but looking at it.

And to be clear, not all pain is created equal. There is real pain and there’s self-created pain, which is what I want to focus on.

Because we have endless opportunities in the self-created arena to have a lot of little shifts that will ultimately take us a long way. Remember every time you put a drop of water into a glass, eventually, it’s going to fill up.

In some ways, this is the easiest place to enter, because with self-created pain what we find is there is no pain at all – just the illusion of pain perpetuated by our thoughts.

But it’s still tricky. Because the habit of self-created pain is so strong within us and the story we create so believable.

Most of the time we rarely notice the thoughts or the story – this process is so second nature to us. But we do notice the physical sensations.

When you find yourself feeling some anxiety, a pit in your stomach, your jaw clenching, your chest tightening – you feel fear but there is nothing happening, then its time to investigate what’s happening. There is some valuable information if we are just willing to look at it.

The first thing we need to do is allow the feelings and create a space for them with some deep breathing.

With some awareness and space now we can look at what’s really happening.

Is the cause of your pain because your neighbor is playing their music too loudly? Or is it because you are telling yourself they are playing it too loudly, how inconsiderate it is and how one day you’re going to live so far away from people this will never happen again?

Is the cause of your pain because your partner didn’t do something you asked them to do? Or is it because you are telling yourself they are being selfish by not acknowledging your request, and this always happens, and what can I do so this never happens again?

Is the cause of your pain fear of running out of money? Or is it the worrying scenarios you are playing out in your head, where in every one you end up homeless on the streets with your five cats. And yet you’re sitting in your lovely home with money in the bank?

We are so convinced our thoughts are going to get us out of every dilemma, but it’s mostly our thoughts that are creating the problems in the first place.

This is why we’re so afraid – simply because of our thoughts and these made up fantasies about how we’ve been wronged or fearing what’s going to happen to us. Not because a tiger is about to attack me, but because Bob didn’t properly thank me when I bought him a cup of coffee!

If in the midst of it happening, you can see that if you are the one that’s creating the pain, then you are the one that can end it. As soon as you let the thoughts go (through wisdom, not suppression or avoidance) you will feel a deep sense of peace and freedom.

Every time you do that, you shift a little bit more, eventually, all those little shifts add up and before you know it you’ve had a pretty big transformation.

Eckhart Tolle was once asked what he had accomplished in his life (this was before he wrote his first book). All he could say was, “I don’t need to think.” And then he jokes, “this isn’t highly prized in our society.”

But if you look at most of our problems today, they are mostly thought-problems, rarely based in reality.  They aren’t helping us, they’re harming us.

And if you look at Eckhart Tolle today, he’s happily married, has multiple best selling books and travels around the world speaking to sold-out crowds. All this while being completely at peace.

It doesn’t appear the lack of thinking has caused him any harm.