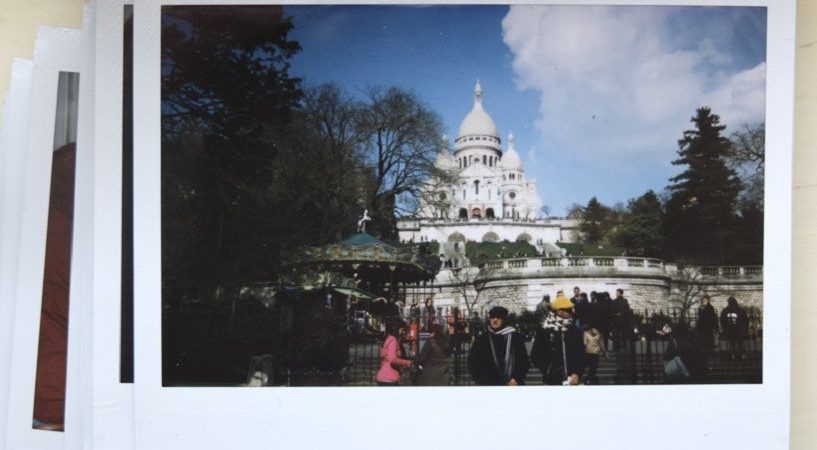 Unless you’ve been living under a rock, you have no doubt heard about Brian Williams‘ recent “misremembering” of past events.

Did he really misremember?  Or did he outright lie?  That’s more of a grey area than you might realize.

For all but a few dozen people in the world, those with highly superior autobiographical memory (HSAM); our memories are shockingly poor.

And what makes this scary is that most people believe their memories are a true and accurate representation of the past; as if your brain takes a Polaroid snapshot and stores the image with all the key details.

But in actuality your brain only remembers key parts of the event and then let’s you fill in the details, as you see fit, later on.

Before you get upset at your brain over this obvious design flaw – take a moment to think what life would be like if you never forgot anything?

Imagine being unable to forget the details of your first breakup – that the memory is just as vivid as if it happened yesterday.  I’m glad that memory is long gone!

We want some memories to fade, not only for our mental well-being but also because it would overload our brain so fast – we’d have no room left to learn anything new!

So it is good that our brain does this – but it’s also wise of us to understand the limitations of our memory so we don’t get ourselves and others into trouble!

What’s the harm in a little embellishment?

I’m guessing there’s very few of us that hasn’t told a story at a party and embellished the details just a tad to make the story more exciting and interesting.

And it’s not that far out of the realm of possibilities that someone might change a story from “this happened to my friend” to “it happened to me.”

And no big deal right?  It’s just a story – no one is getting harmed.

Except that because your memory is so shaky to begin with when you start changing details you start convincing your brain that it did really happen to you.

In the words of George Costanza, “it’s not a lie if you believe it.”

The more you tell the story the more you’ll believe it really did happen that way – you start to believe your own lies – and that’s frightening when we can’t even trust ourselves!

Let me help you with that memory

In a study from the Proceedings of the National Academy of Sciences researchers asked participants whether they had seen the “well-publicized footage” of United Flight 93 crashing in Pennsylvania on September 11, 2001.  Three out of ten participants said they had seen the footage – even though no such footage exists.

What’s interesting about this study is that some of the participants had HSAM – and even some of the HSAM participants, those with the near perfect memory, could be lead to believe they saw something they didn’t!

This may not seem like a big deal but what about all the people that are wrongly convicted and sent to jail based on eye witness testimony?

The Innocence Project, a non-profit group dedicated to exonerating wrongly convicted people reported that eye witness misidentifications contributed to 72% of 318 wrongful convictions that were later overturned by DNA evidence.   That’s 229 people wrongly sent to jail based on someone’s memory!

In last week’s blog, “Why it’s hard to stay present” – I discussed that one of the places we spend a lot of time living is in the past – in our memories of the past that may or may not have happened exactly the way we think they did.

Memories about our own lives are even more distorted because they are very subjective.

Depending on how you are feeling on a given day plays a huge role on how you remember a particular event; either leaving out or adding details that just aren’t true.

Which memory do you believe?

You really can’t believe either memory; because your current state of mind is heavily weighing in on the reconstruction of those memories.

I’m not trying to burst your bubble that all memories are a lie – I know you have lots of good memories that you get a great deal of joy from reflecting on.

The point is not to cling too tightly to any memory as though it happened exactly the way you think it did.

Memories are just a brush of a broad stroke – there are too many details left out to make them reliable.

Remember that the next time you’re wandering down memory lane.

And if you’re ever asked to identify a perpetrator in a line-up be very careful of what you think you remember – someone’s life may be depending on it!