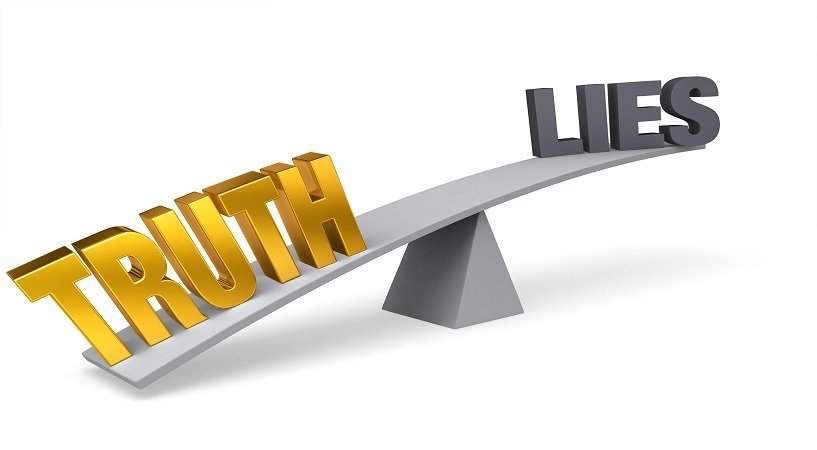 The Biggest Lie We Tell Ourselves Every Day

We lie to ourselves A LOT!  And the lies we tell ourselves cause us a lot of anxiety, depression, anger, jealousy, greed, fear, guilt..…… you get the point.

But the BIGGEST lie we tell ourselves every day is “I’ll be happy when…. .”

I’ll be happy when this project is over.

I’ll be happy when this problem is resolved.

I’ll be happy when the dishes are done.

But are we really happy when the project is over or the dishes are done?

Maybe.  For a moment or two.  Perhaps just that little bit of relief of being done with something makes us feel better – but it is very fleeting and we pay a steep price for this “moment” of relief.

As soon as we’ve completed one thing – our mind automatically readjusts the goal post for happiness – always moving it slightly out of reach.

Instead of lying to ourselves saying “I’ll be happy when….” A more truthful statement would be “I have set this arbitrary goal up for my happiness and until such time as that goal is reached, I am unable to be happy.  Once the goal is reached I will feel a slight sense of relief, maybe if I’m lucky a brief moment of happiness, but then it will be gone as soon as I decide something else needs to be done before I can be happy again.”

It sounds ridiculous when put like that!  And far too wordy!  But that is the real truth behind the lie.

WE are the ones that are putting happiness somewhere other than where we are at this moment.  How can you possibly be happy when it’s always dangling in front of you only to be moved as soon as you get there?

Of course, the answer is you can’t!

We have a bad habit of automatically deeming certain tasks less worthy than others and their mere presence as an obstacle to our happiness.

And you’re not alone – EVERYONE does this – so it’s quite “normal” even though it’s also quite crazy!

We want to be happy – every single one of us – everything we do or avoid is because we want happiness.  And then we go and set up these fictitious barriers to happiness for a few moments of perceived happiness.

Yes, I’m talking about mindfulness – being present for what you are doing AND also putting your best effort into it.  The more mindful and engaged you are in ANY activity the happier you are.

This was proven in an experiment by Dr Matt Killingsworth of Harvard University where he had thousands of subjects from all over the world sign up for an app – trackyourhappiness.org  (and it’s still ongoing if you want to track your own happiness).

This app sends you a text message at random times throughout the day and asks a series of questions as to what you are doing, how focused are you on the activity and how happy you are.

What they found is that no matter what activity people were doing, the more engaged they were the happier they were.

What Dr Killingsworth found is that our mind is wandering about half the time – in other words we are only paying attention to what we are doing half the time.

This is why it’s so easy to forget someone’s name we were just introduced to or remember that someone else told us just last week they were from Michigan – we are only paying attention half the time!

Obviously huge ramifications from our lack of attention but we’ll stay focused on the happiness part for now – that is, if I’ve still got your attention!

Happiness is a state of mind

There is no doubt as to whether this is true or not – so we must be very careful WHAT we tell ourselves.  Because whatever crazy stuff you are telling yourself your brain believes unquestioningly.

Let’s say I have a meeting with a really frustrating client later in the day and tell myself “I’m dreading that meeting with Tom.”  The very next thought will be along the lines of “he’s so annoying, he thinks he’s so clever when really he’s an idiot, it’s going to be so painful sitting through all his irritating questions.”

And what’s worse is I will then hit the auto replay button to play that sound track throughout the day right up until the meeting. Constantly reinforcing the idea of just how awful this meeting is going to be later – ensuring I feel bad about it now.

Here’s the shocking truth.  Things are never as bad as you think they’ll be or as good.

My forecasting of how bad the meeting is going to be will not be as bad in reality.  Tom, albeit a jerk, is not really as bad as I’m making him out to be.  And lastly, my happiness that I am setting on the other side of this meeting will not really be as good.

We all know that the definition of insanity is doing the same thing over and over expecting different results.  But isn’t that what we are doing when we tell ourselves “I’ll be happy when…?”

And yet, we never question the results.

My challenge to you is to see if you can catch yourself in the act.  The words might be slightly different, but you’ll know the intent.

In that moment of seeing the lie and knowing what condition you’ve set for happiness to arise you can then make a conscious effort to see whether the happiness really does come and if so for how long?  You can also reflect on how you felt up until then and see if it was worth it.

And maybe the next time you are doing the dishes, brushing your teeth or making coffee – try to just do your best at whatever activity it is, don’t rush through it and then reflect on how you feel.  You might be surprised to know that doing the dishes can be a very joyful experience.