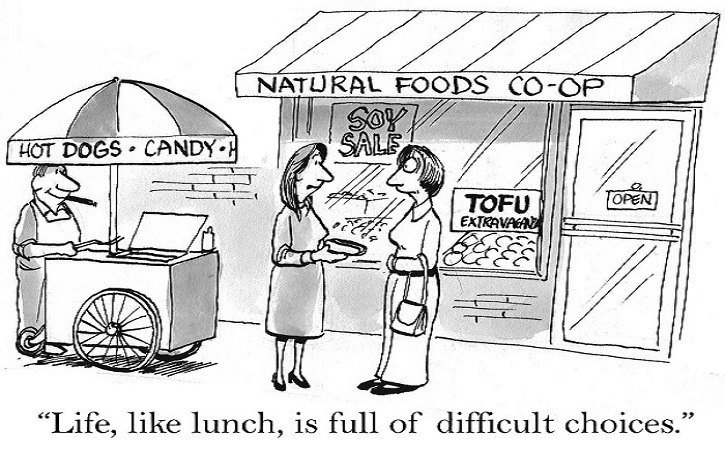 We like to think that every decision we make is completely rational, that we are only concerned with the facts and what makes most logical sense. I know I do, and yet I can look back on some of the decisions I’ve made over my lifetime and I really question, “what was I thinking?”

As much as we take into consideration all the facts in a pending decision, neuroscientists have found that our emotions play a much larger role in decision making than previously thought. In fact, you can’t make a decision without some emotion, we are not built like Spock.

Researchers discovered this when they did studies on individuals that had a portion of their limbic system (emotional part of the brain) removed and found that although they could clearly understand all the rationale between two choices, they could not pull the trigger. They simply could not decide without the confirmation of their emotions.

The emotional component is the action part of making a decision, without it you just can’t move forward.

But can our emotions steer us in the wrong direction, causing us to make decisions or choices that aren’t in our best interests? Absolutely. And very often they do.

Cutting Off Our Nose to Spite Our Face

Logically you would expect that the receiving player would rather get something than nothing and so they should accept any deal. But as it turns out if they are offered just a few dollars, implying the other player is being greedy, then they don’t accept the offer and they both walk away empty handed.

They stuck it to the other guy for being so greedy and for that they got….? Nothing. Well played emotional brain.

Your unconscious brain can take in an enormous amount of information whereas the conscious part of your brain is very limited in the number of items (or pieces of information) it can handle at once.

Sometimes it picks up on some mannerism of the salesperson that is alarming – it’s so subtle your conscious brain is never even aware of it. But it causes your gut to say, “no, don’t do it, I don’t trust this guy.” Without being able to explain why, you walk away.

The other side of this is when you’re looking at the numbers and they aren’t really in your favor, but your emotional brain just wants it so badly it will still override the rational conscious brain, often to your detriment.

Maybe it’s overpaying for a new home or car because you just have to have it – this is the one, the only one! Or in choosing a partner, your rational brain can think long-term this probably isn’t a good match, but your emotional brain isn’t considered with next year (as far as it’s concerned next year may never come), “I want them now” it screams.

Perhaps the divorce rate wouldn’t be so high if we listened just a little bit more to our rational brains or at least waited for our emotions to cool down before we take what’s meant to be lifelong vows.

Knowing When to Walk Away and When to Run

There are three inputs to every decision: rational, emotional and subconscious.

Give your subconscious some credit – it’s not being overly emotional when it is telling you to back out – it’s trying to point something out that your conscious brain is not aware of.

There were a few people that passed on investing with Bernie Madoff – even though on the surface he appeared to be the greatest investment manager who ever lived. Their gut steered them in the right direction and they were rewarded for listening to it.

As we all know lots of people let their emotions, fueled mostly with greed, guide their decision. They wanted so badly to believe Madoff was real, they ignored their gut and instead handed all their money over to him.

Our subconscious is usually giving us good advice, but it’s hard to tell the difference between our emotions and gut sometimes. Just knowing there is a difference can be helpful.

When you have a big decision to make, ask a few friends what they think. They aren’t emotional about your decisions so they can look at them more objectively. Weigh their opinions up against what you do know. Ask yourself will this benefit me in the long-term?

If you can, take a night to sleep on a big decision. Overly emotional decisions are usually rash. If you can’t walk away for one day to think about it, my guess is its too emotional and probably not in your best long-term interests – like when you have to have that Krispy Kreme donut right now, tomorrow will be too late!