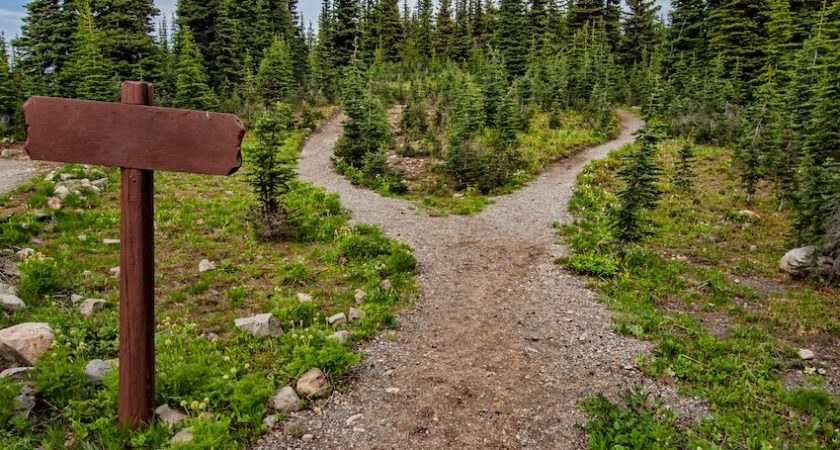 Are You Living Your Life According to Your Values?

In February 1995, one person single-handedly took down one of the oldest merchant banks in history.

When Nick Leeson was hired by Barings Bank in 1992, he was sent to Singapore to assemble a team trading futures contracts on behalf of their customers and the bank.

In the beginning, things are going really well for Nick. He becomes a star trader and his bosses back in the U.K. are very happy with him.

Then one of his traders makes an honest mistake – selling contracts when they should have been buying. By the time the mistake is uncovered, there’s a decent sized loss.

Nick, seeing himself as a genius trader, decides to open up a secret error account to hide the losses. It doesn’t take him long to make it up and zero out the error account.

But then he starts having a string of bad luck, whichever direction he is betting the market goes the opposite way. So he goes back to the error account, this time to hide his losses, and hoping he can once again dig himself out.

Nick Leeson’s story has always stuck in my mind. Having worked in the markets for over 20 years, I just couldn’t fathom how someone could go from being a good guy one day to hiding losses of over one billion dollars! I don’t even know how you could go to work each day without falling to pieces.

But there was a prior clue about Nick’s values.

When Nick applied for a UK trading license he was denied because of fraud. I don’t know what kind of fraud, but fraud is fraud. It’s the opposite of trustworthy. And his bosses knew this.

When he applied for a trading license in Singapore, neither Barings nor Nick mentioned this. So he gets the license and off he goes to destroy the bank that financed the Louisiana Purchase.

What Happens When Your Actions Are Out of Alignment With Your Values?

I think most of us have pretty good values as far as honesty, integrity, and respect.

But determining your values is more than just about being a good person. It’s about knowing what is most important to you.

Elon Musk reportedly works 17 hour days obsessively trying to get Tesla to profitability. And I’m not knocking him for that, because what he’s done to transform the auto industry is incredible.

But given his actions, I would guess family is not his top core value.

But what if it was?

What if he did a core values exercise and discovered that family was his #1 value?

Would he continue working 17 hour days? Surely he has enough money now to work 8 hours a day and still spend time with his family if that’s what is most important to him.

What if spirituality or religion is most important to you? If it is are your actions in alignment with the teachings? If it’s Buddha, Jesus or Krishna – are you following the message they are preaching?

Most of you who know me would probably assume that Peace would be my #1 core value, but it’s not. Its Integrity, followed by Wisdom, Kindness and then Peace.

Because by my definition (and we all get our own definitions) you cannot have Peace without Integrity, Wisdom, and Kindness. But it was only after doing a core values exercise that I even knew why Peace would come in at #4. I would have thought it was #1 too.

Figuring Out Your Core Values Can Be Overwhelming

One of the problems with prioritizing our values is there are simply too many to choose from – our prefrontal cortex gets easily overwhelmed when given more than a few options.

Most of them sound pretty good, right?

Generally, when we think of values we go to honesty, trust, and integrity. But what’s more important honesty or integrity?

Even the Buddha, when asked by a band of hunters which direction a cow went so they could kill it, pointed in the opposite direction to save the cow’s life. Not exactly honest, but true to his values not to cause harm to another being. I think his integrity was more important.

The first time I ranked my core values was about five years ago when I started working with Tim Brownson. He has been a trusted friend, mentor, coach and also client as I’ve advised him with his meditation practice.

He just published his fourth book, The Clarity Method: Tap Into What Motivates Your Clients, Your Colleagues and You.

He makes a great case for why values are so important and why we need to know clearly what our values are.

But the best part of the book is that he shares with us an ingeniously simple method to help us discover what our values are. To get us more familiar with what’s important so that we can make sure our actions are in alignment with our core values.

This tool has helped him coach thousands of people all over the world. And for those of you Tiny Buddha fans out there, Tim was Lori’s coach who helped get her started with the site.

I rarely recommend a book in my newsletter and I’m not getting a penny for recommending you buy Tim’s book.

But I do hope you’ll get it, read it and do the exercise to find out what your core values are.

The choices and decisions we make with our lives become really easy when we understand what is most important to us. Knowing our values can ensure we don’t end up heading somewhere we didn’t intend to.