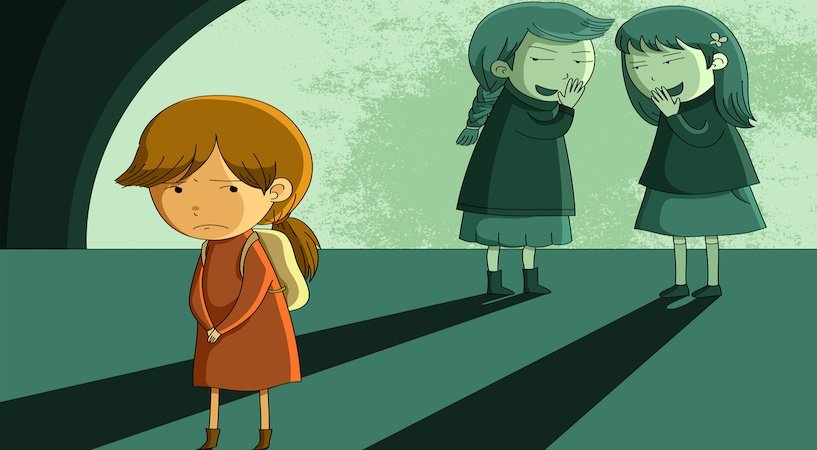 Why Are We Afraid to Be Ourselves?

We are taught from a very early age that it’s important to be nice, to get along with others and to always show the world the very best version of ourselves.

The reward is that we then have friends, people like us and we like that.  We don’t like it when people don’t like us; and it’s not just that it feels bad when someone doesn’t like us – it feels as though we’re going to die.

Back when we were part of the food chain being a part of the “tribe” meant safety, security and survival.  We did our best to fit in because if someone didn’t like us, if they saw our flaws – they might be able to point these things out to others and turn them against us.  The consequence being we might get kicked out of the tribe and that would have meant certain death.

Remember in high school when you were having a fight with a friend?  Immediately you would call all your other friends to try and get them on your side – lest they gang up on you and you are kicked out of the tribe (which in high school – is another kind of certain death!).

This fear of not being liked is so deep we will go to great lengths to pretend we are someone that we’re not.  I’m not suggesting it’s the extreme of Dr Jekyll and Mr Hyde but even hiding little flaws is really tiring and creates even more conflict within ourselves.

We believe we should be perfect – that everyone else is perfect and we are the only one’s that aren’t.  That couldn’t be farther from the truth.

To be human is to be flawed.  No matter who you are.

Even the Dalai Lama says that he gets angry occasionally.  For those of us that respect and admire him, do we love him any less for that admission?  Not me.  In fact, its just the opposite.  I respect him even more for being honest in admitting he is human too.

We all have an image in our head of who we think we are or at least who we try to be.  My experience is that the image in our minds of who we think we should be is really hard to live up to.  It’s a great aspiration but if we cling too tightly to the “ideal version” of us we will end up with a lot of inner conflict – and that feels horrible!

Eventually, we’ll mess up.  We’ll get angry or frustrated with someone.   We’ll say the wrong thing or make a mistake.  But instead of accepting it as being human we’ll beat ourselves up.  Our enemies don’t come anywhere near to the amount of contempt we can have for ourselves.

And in the background is fear.  If I’m not this person I’ve imagined or put forth people won’t like me (and I’ll die).

But you won’t die.  Eventually you’ll stop telling yourself a story about what an idiot you are for saying the wrong thing – it will fade away.  Until the next time you mess up and then you’ll do it again.  Metaphorically beating yourself over the head with a hammer.  For what?   For being human.

We cannot be happy if we don’t like who we are.  So if we are telling ourselves we’re a bad person because we can’t live up to this unrealistic image of who we think we should be, then we’ll never be happy.

Of course, if there is something we need to apologize for or a remedy for a mistake – then take action.  But if there is no action required, then we need to drop the story about why we are a bad person and give ourselves a little slack.

There will be people that for whatever reason won’t like us.  Unless we’ve done something wrong (and that we can then apologize and amend), we need to accept this as a fact of life.

If you know 100 people, I’m guessing at least one of them probably won’t love you the way your best friend does.  Or dare I say it, they may not like you at all.  That’s OK.  I’m quite positive there are people that don’t like me.  I’m not going to die from it and neither are you.

When we remember that we are flawed we are also less likely to point out other people’s flaws and even though we habitually do this (another evolutionary reason for another blog post!) it never feels good when we do.  Ironically that’s one of our flaws!

Most people when you tell them about your flaws are so relieved, because they realize they are not alone.  I promise you I have flaws, you have flaws, we all have flaws – let’s stop pretending that we don’t.

No one should be afraid to be themselves.  Let’s be honest.  If you really were perfect you’d be annoying as hell!